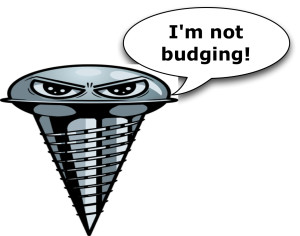 How could something so small give me so much trouble? Every other one was cooperating.  But no, not this one.  It fought hard not to budge.  It dared me to try harder.  But to no avail.  It was not coming out.  What was it?  It was the dreaded resistant screw.

You may have heard by now, we moved into our new offices between Christmas and New Years Eve.  Since we had a lot of down time, I decided to save a little money and buy a few furniture pieces that required “some assembly”.  I make no claim to be a handy fix-it guy, but I can follow instructions fairly well.  So, last Friday I decided to put a book shelf together.

Everything was going well, except near the end when I had to relocate shelves that came pre-assembled.  The first three of four screws in the lower shelf came out without much difficulty. However, the one in the back corner that was the hardest to reach didn’t budge when I gave it some torque.  So, in order to bring more force to bear, I rotated my body and positioned my arms to give me a greater advantage against my foe.  No such luck.  It didn’t budge even a bit.

Over the course of what seemed like hours, I moved about like a contortionist, trying different postures to win my war against this little opponent.  My dress clothes were disheveled, cologne mixed with sweat, a boiling attitude and a large blister forming on the palm of my hand.  I actually found myself having an argument with this stupid little screw saying things like, “You’re ruining my day!”  To say the least, I lost my composure over a small object that resisted my every effort to get it to conform to my wishes.

Finally, I took some time to regroup and get my attitude in check.  I focused on being calm and slowing things down.  I adjusted my approach and was able to finally get the screw to budge. Within seconds, my opponent surrendered and I was able to finish my project.  As I sat there on the floor, feeling the blister on my palm, I reflected on how resistance of one person in a family can cause problems for the rest.  I also began to think that some approaches like mine with the resistant screw can only make matters worse.  There is a way to overcome resistance but it doesn’t require one to lose their cool like I did. 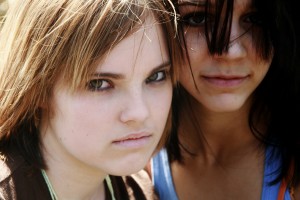 Three out of the four screws cooperated with the procedure, but I needed the fourth to comply in order to complete the project.  In the same manner, a resistant family member can keep the others hostage to their control.  Examples of this abound in family life.  For instance, a family member who resists getting help for an addiction problem inhibits the family from achieving peace and safety.  Everyone walks on eggshells around the resistant family member.  An oppositional child or teen sets an anxious tone in the family, leaving others to worry about what is going to happen next to disrupt the household.  The resistance of one often leaves everyone in a state of distress.

How To Win The Resistance War 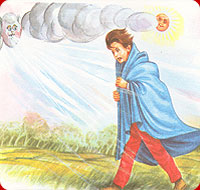 Combating resistance with more force often fuels more resistance.  Remember the fable about the sun and the moon who debated over who was the strongest?  To decide the debate, the wind challenged the sun to see who could force a man to shed his coat.  The wind went first and blew hard on the man, hoping to force his coat to fly off.  The man resisted the force of the wind by holding a tighter grip on his coat.  Increased efforts by the wind made the man more determined to resist the pressure.  Defeated, the wind gave up and allowed the sun a try.  The sun moved out behind the cloud and gradually brought sunshine to the man.  The brightness and warmth influenced him to naturally and freely remove his coat as he no longer needed it.  The wind with intense effort used force to no avail.  The sun with little effort chose warmth to display his strength.

The morale here is fairly obvious.  Losing control by yelling and screaming often results in more resistance from others.  Even if you do win, it will only set up another battle ground of resistance that may not work in your favor.  A slower approach that appeals to the need behind the resistance often works better.

Fear is one of many factors that contributes to resistance.  Control is another.  Addressing these factors first often has a disarming effect on resistance.  However, if you follow “the wind approach” using force and/or threats to bring about change, you will be locked in a power struggle with the other person.  If you choose to be calm and address the need behind the resistance, you will find it a lot easier to gain compliance.  The sun knew the man needed the warmth the coat provided.  When he provided the warmth, the man took off the coat willingly.

Another way to win the resistance war is to operate within your limits.  You cannot make others change.  In the end they have to want to for themselves.  Some resist change no matter what approach you take.  If so, they have to live with the consequences of their choices, good or bad.  Sometimes it takes a series of negative consequences before a person stops resisting.  Until then, all you can do is live within your own limits and stop trying to force the other person to change.  Instead, focus on other things that matter in your life.  You will also have to learn how to manage your emotions about the resistant family member.  Here is where counseling can help you.  We provide the right tools.

Speaking of tools, I realized after I was finished that I probably could have had a few more choices of screwdrivers in my tool box.  A longer one, with a little more torque would probably have done the job a little quicker.  I find the same is true in family dynamics.  Family members often lack the right kind of communication tools to work through their problems.  Here at LifeWork we have no shortage of tools, at least the kind that loosen screws in the family!